Gothic dolls have become trendy a few years ago. Little, as well as not so little girls love these dolls because they are different from typical toys and dolls geared towards younger girls, which display perfect hair and complexion and dress up in preppy clothes. The fact that the gothic dolls have uncommon hairstyles and colors and appear in a number of strange outfits, complete with spooky accessories makes them really fun for girls to play with. The fun is even greater though, when they can create their own dolls from scratch, changing the colors and scenarios to create completely different avatars every time, which they can then save and use in their cell phones or print, for instance. This is why girls love gothic doll generators – because they can create truly unique avatars.

Gothic Lolita is a gothic doll generator from Doll Divine 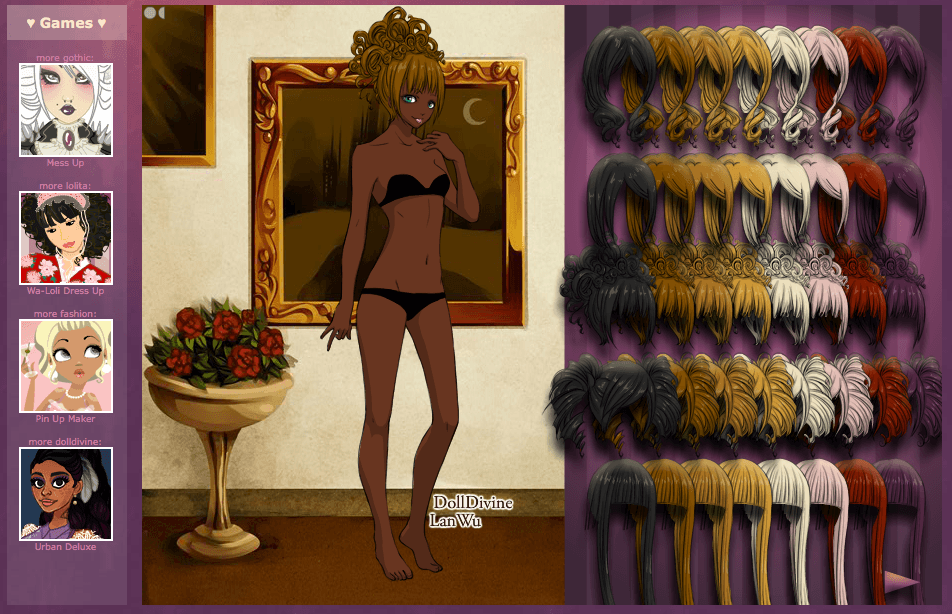 It lets girls make gothic dolls in the Japanese “Lolita” style, allowing them to choose between an endless number of hair styles in different colors, mix and match dark and feminine outfits, complete with great gothic accessories and even change the background for their avatar. This generator is very easy to use, as all you have to do in order to change your doll is to click on the desired feature to select it, and it will immediately appear on your doll’s preview on the left side of the screen. It also allows girls to print their dolls directly in the end. http://www.dolldivine.com/gothic-lolita.php

The Gothic pastel dress up game 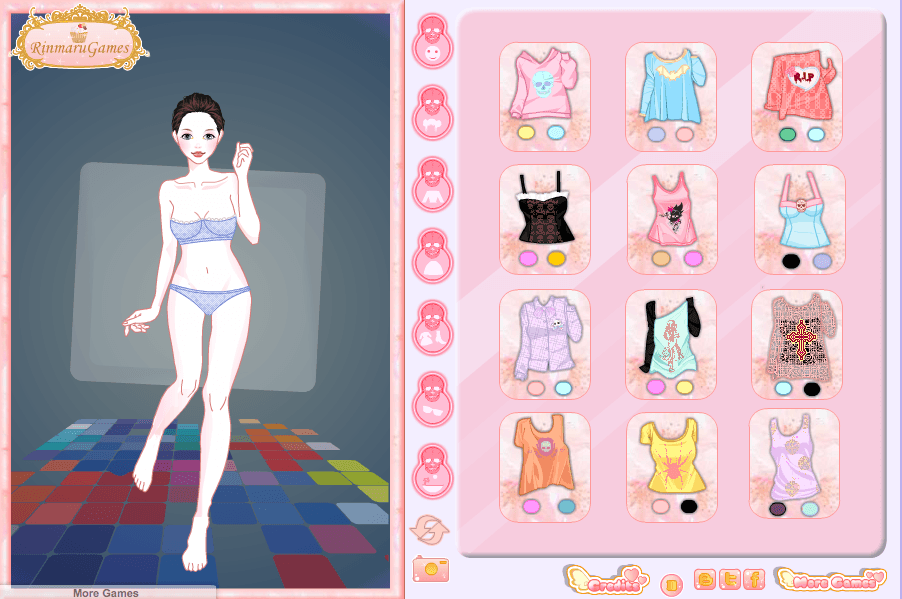 The Gothic pastel dress up game is much different, as it features pastel colored items instead of the dark ones usually associated with the Goth look. This is a more sophisticated, interactive gothic doll generator, which offers many more customization options as well. Here girls can choose features like the doll’s skin color, face features, makeup and other features along with all of costume and accessories options that are available in almost all of the games. All of the customization options are separated in this game, but they are really easy to access and select as well as remove from the doll. There is also an option to save the created avatar to the computer at the bottom of the game. http://www.rinmarugames.com/game/?game_id=315 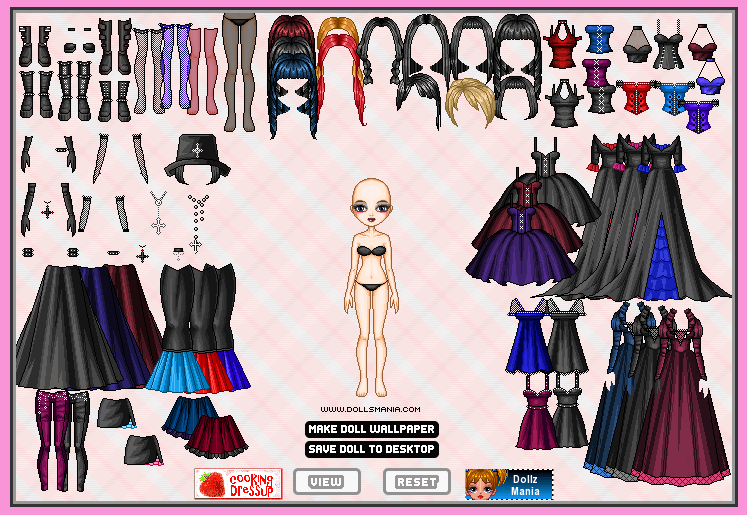 Dolls Mania Stormy Gothic Dress Up is the most traditional of the gothic dolls generators we’re talking about. It is a drag-and-drop paperdoll style game, with relatively fewer options than the other games presented here, but it still features a number of different hairstyles, clothing – both separates and dresses – and accessories options. This also features the most traditionally gothic style, with predominantly dark colors, corsets, fishnet accessories and long dresses. While the game itself is quite simple, it still allows players to save their chosen doll to the desktop or as a wallpaper, though the background options don’t quite reflect the gothic style. http://www.dollzmania.com/Stormy_Gothic_Dressup.html

Goth couple doll is a similar option, but with two main differences – players get to dress up a male doll as well as the usual female doll, and the clothes are more in a punk-rocker style instead of traditional gothic. The characters themselves can’t be customized in this game, but there are plenty of clothing and accessories options both for the boy and the girl. The game is once again a drag-and-drop style that is divided in sections down the page, which isn’t the easiest way to work with the different items, as one needs to scroll up and down. The generated dolls can be saved to an album or the computer or even linked externally. http://www.cartoondollemporium.com/gothcoupledoll.html#6